is the key to optimal overall health!

Known as the “Plant of Immortality,” organic aloe vera is a highly valued succulent with a long history of medicinal use by numerous ancient civilizations. To help you experience the benefits of this extraordinary plant, the Health Ranger Store is bringing you one of the most potent aloe vera extract powders in the world. Its 200x concentration means that using just a little bit can go a long way in supporting your overall health.

Made from the inner leaf juice of the organic Aloe barbadensis Miller plant, Health Ranger Select Organic Freeze Dried Aloe Vera 200:1 Extract Powder has been carefully freeze-dried and concentrated 200x to retain maximum nutrition. The freeze-drying process helps preserve the polysaccharides that give aloe vera some of its remarkable health-supporting properties. Our premium aloe vera powder is derived from high-quality aloe vera plants grown under strict organic standards without the use of pesticides.

Health Ranger Select Organic Freeze Dried Aloe Vera 200:1 Extract Powder contains no GMOs, synthetic chemicals, parabens, preservatives or residual solvents and is certified Kosher and organic. It is also vegan, non-China and meticulously lab tested for glyphosate, heavy metals and microbiology. Our highly nutritious aloe vera powder has virtually no taste, so you won't even notice it when added to your water, smoothie or other beverage of choice. 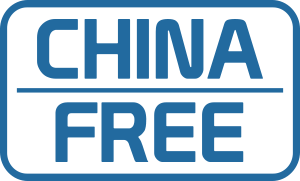 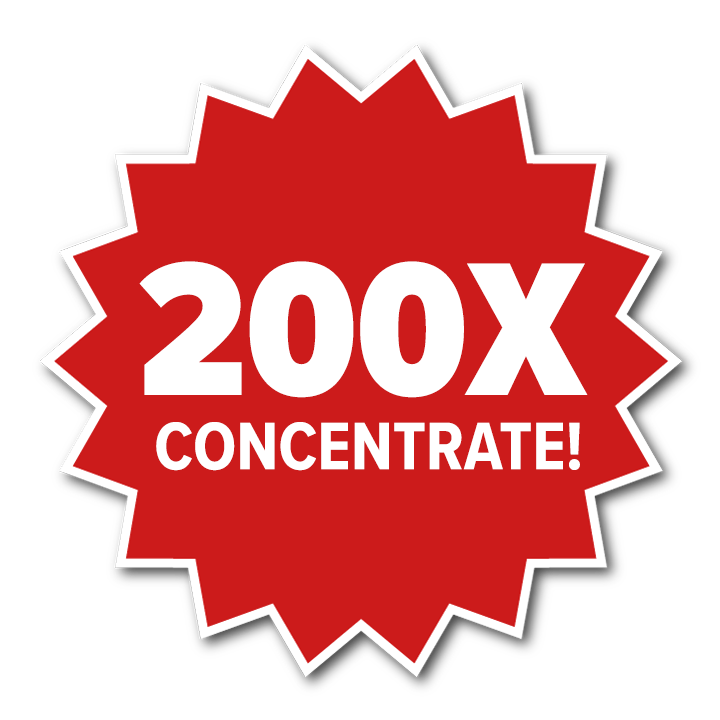 Aloe vera (Aloe barbadensis Miller) is an impressive succulent that has been revered for its health-supporting properties for more than 6,000 years. Considered a near-universal remedy by the ancient Greeks, aloe vera is known by many names, such as the “Plant of Immortality,” "Lily of the Valley" and "Elephant's Gall." It was also called the "Burn Plant" since it has been traditionally used to soothe minor burns and skin blemishes.

Few plants possess the soothing properties that can rival that of the humble aloe vera. This remarkable plant can support just about every part of your body, both internally and externally. It is especially known to support optimal gut health due to its high content of a unique polysaccharide called acemannan, which is also responsible for many of aloe vera's other health benefits.

According to a study that appeared in the Indian Journal of Dermatology, aloe vera contains at least 75 different active components, which include essential nutrients, such as protein, dietary fiber, calcium, iron, magnesium, potassium, phosphorus, copper, manganese, selenium, zinc and chromium, as well as vitamins A, B1, B2, B3, B6, B12 and C. Aloe vera also contains eight useful enzymes, including: amylase, alliinase, catalase, bradykinase, cellulase, lipase, carboxypeptidase and peroxidase. Furthermore, aloe vera is an abundant source of polyunsaturated fatty acids, amino acids, antioxidants and polysaccharides such as mannose-6-phosphate.

A study published in the journal Molecules indicates that aloe vera is one of only a few plants to contain vitamins A, B12, C, D and E, as well as choline, biotin and folic acid – all of which can help nourish your skin and help keep it smooth, moisturized and radiant. Aloe vera is also loaded with beneficial antioxidants that can help protect your skin from oxidative stress.

According to a study that was published in the Journal of Food Science and Technology, aloe vera can help you maintain healthy blood pressure and blood cholesterol levels that are already within the normal range. Aloe vera also contains potent antioxidants that can protect your heart against oxidative stress and support its healthy function.

According to a study from the journal Pharmacognosy Reviews, aloe vera contains a wide range of immune-supporting vitamins, minerals, antioxidants and other beneficial compounds. A study from the Journal of Alternative and Complementary Medicine also found that the polysaccharide acemannan in aloe vera supports a healthy immune system.

A systemic review of 15 studies published in the Journal of Pharmaceutical Science and Research reports the clinical effectiveness of aloe vera in supporting healthy oral function. A study published in the Ethiopian Journal of Health Sciences also suggests aloe vera juice as an effective mouth wash that supports optimal oral health and hygiene.

A clinical study sponsored by the National Institute of Medical Sciences and Nutrition reports that aloe vera contains several enzymes and phenolic compounds, such as anthraquinones that can help keep your digestive system running smoothly. Its high content of acemannan further supports optimal digestive function.

Aloe vera possesses natural cleansing properties that can support your body's natural ability to flush out unwanted toxins. A study published in the International Journal of Research in Medical Sciences also shows that aloe vera provides various nutrients that support the healthy functions of your body's detoxifying organs, such as your liver and kidneys.

The best ways to enjoy the health benefits of aloe vera**

One of the easiest ways to experience the amazing health benefits of aloe vera is to make your own homemade aloe water or aloe juice. Simply add ¼ teaspoon of organic aloe vera extract powder to a glass of water or fruit juice of your choice. If your beverage needs an extra burst of flavor, try adding some lemon or lime juice or your preferred sweetener. You can also freeze your homemade aloe vera juice in ice cube trays to make sweet frozen delights or blend them with fruits and veggies to make delicious smoothies. Since our freeze-dried aloe vera extract powder has virtually no taste, you won't even notice it when it is added to your favorite smoothies, shakes, herbal teas, sports drinks, juice blends and other beverages.

Make your own soothing aloe-watermelon drink**

Health tip from the Health Ranger** 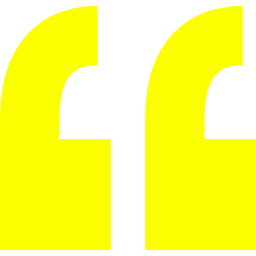 For a number of years, my yard served mostly as an aloe farm. Every morning before making my breakfast smoothie, I walked into the yard, sliced off a leaf of aloe vera, gave thanks to the plant for its healing properties, and then cut the leaf into fillets before dropping the gel into my blender. In just a few minutes I began enjoying the most impressive medicinal herb that nature has ever created. This is what ultimately led me to create Health Ranger Select Organic Freeze-Dried Aloe Vera Extract Powder, so I could share this wholesome, nutrient-rich experience with you. I urge you to try this extremely potent and pure powder for yourself, or grow and harvest your own Aloe Vera for good health! 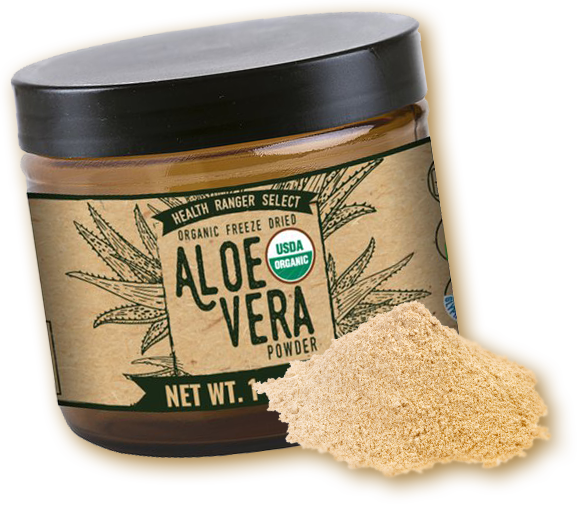 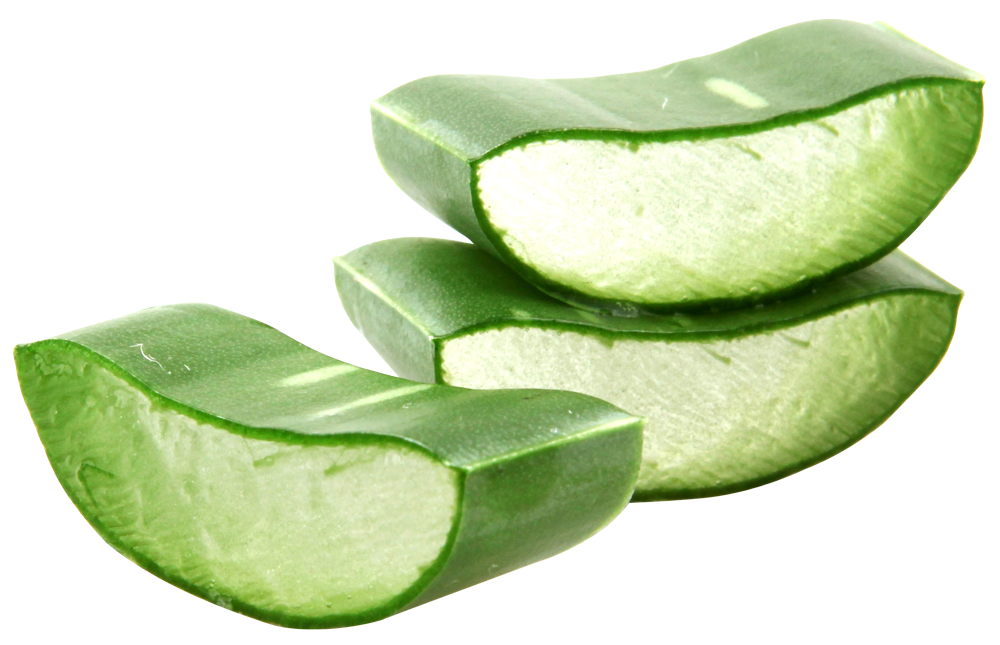 Due to its impressive nutrient content, aloe vera is considered one of the best superfoods for supporting healthy gut, skin, heart and immune functions. Now you can experience this plant’s amazing health benefits from both internal and external use with Health Ranger Select Organic Freeze Dried Aloe Vera 200:1 Extract Powder. Every gram of our highly potent organic freeze-dried aloe vera extract powder is equivalent to 200 g of organic raw inner leaf gel.

Health Ranger Select Organic Freeze Dried Aloe Vera 200:1 Extract Powder is made from the inner leaf juice of healthy Aloe barbadensis Miller plants, which were carefully cultivated under strict organic standards by our trusted suppliers without the use of pesticides. The aloe vera extract is then concentrated 200x and freeze-dried to retain maximum nutrition. Our premium aloe vera extract powder is vegan, non-GMO, non-China and certified Kosher and organic. It contains no synthetic chemicals, parabens, preservatives or residual solvents and is thoroughly lab tested for glyphosate, heavy metals and microbiology. 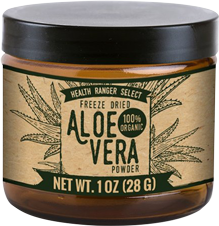 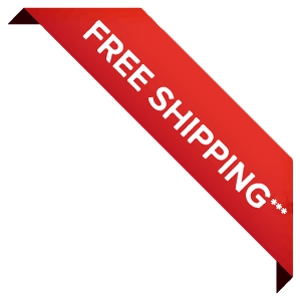 If you're not a member yet, sign up now to start earning rewards points!

**These statements have not been evaluated by the FDA. This product is not intended to treat, cure or diagnose any diseases.